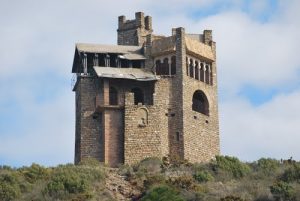 The origin of the Alhaurin El Grande castle on the hill has been the subject of many a  debate, with different opinion across the Guadalhorce Valley and beyond.

Many thought it was a Medieval castle, there were rumours also that the Moors built it but in reality, it was built as a water tower, for the La Mota golf course that was never started. Creatively disguised as an ancient castle to fit in with the region’s surroundings.

However, it is still something of an icon in these parts and many remember it from the TV series Eldorado.

But Just around the back of the hillside is the lesser known Tower of Urique. Which does indeed date back to the Moors…….. 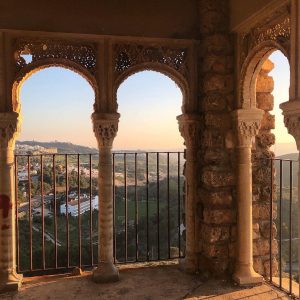 The Kingdom of Granada was the last Muslim-ruled state in Spain. After a long siege, the city of Granada fell to the Catholic Monarchs, Ferdinand and Isabel, in 1492.  It ended with the defeat of Granada and its annexation by Castile, ending all Islamic rule on the Iberian peninsula (al-Andalus).

Spain would go on to model its national aspirations as the guardian of Christianity and Catholicism.

The Moors—now known as Moriscos or “New Christians”  who were forcibly converted and may or may not have continued to secretly practise Islam. 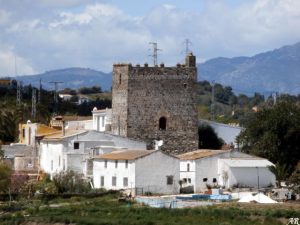 The Tower of Urique (Torre de Vigía Nazarí de Hurique) built by the Moors circa 1400-1500 served as a lookout tower for surveillance of the surrounding territory. This type of fortification, which proliferated in medieval eastern Andalusia, offered refuge to the peasantry of the small villages against the rapid incursions of the Christian troops that devastated harvests and destroyed houses and other constructions.  With the conquest of these territories by the Christians at the end of the 15th century, many of them were demolished because they were no longer considered necessary for the protection of the subject population, part of which were new settlers brought from nearby towns. The tower of Urique, next to that of Ortegícar in Cañete La Real, are the only preserved examples of this type of fortification in the province of Málaga. It was declared a protected Monument in 1985.